Alternative retirement: Everything you need to know before buying a canal boat

Demand for houseboats is buoyant, with prices rising 10% in the last year. Here's how to buy one and take to the water… 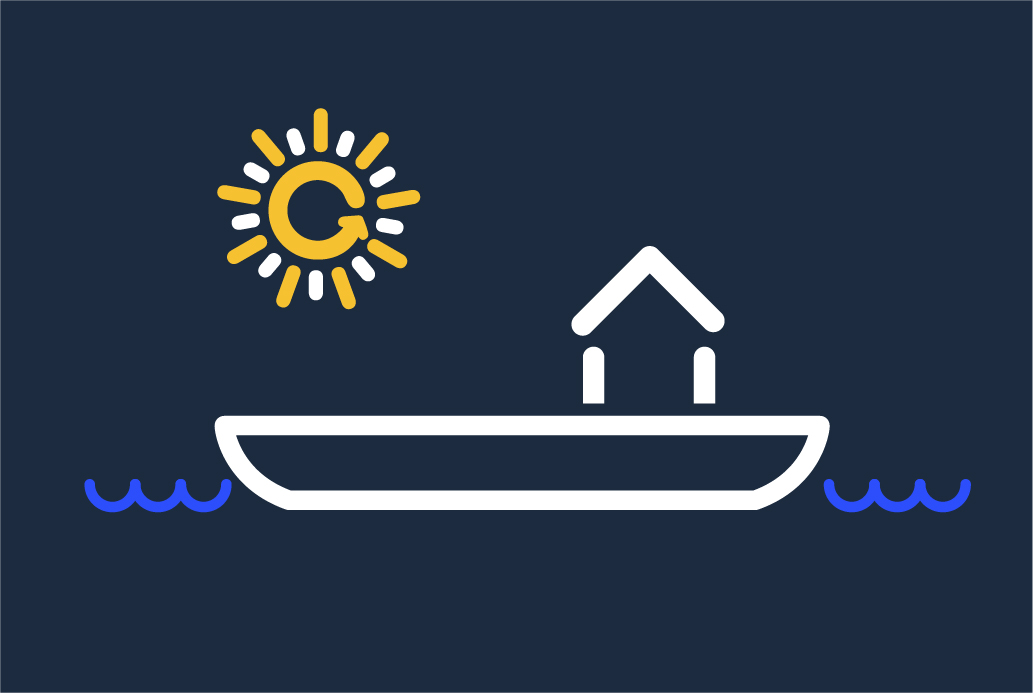 When Abigail Richardson was looking to buy a new boat home last month, she kept being pipped to the post. “The market is crazy right now,” she said, speaking with a pseudonym. “Boats were getting snapped up very quickly.”

Eventually, she struck lucky. “A marina mentioned it had another that had just come in, which wasn’t on their website yet, so I was first to view and put in an offer immediately.” She is now the proud owner of a 57ft narrowboat on which she lives on the Kennet & Avon canal.

The market has been buoyant for a while, said James Millsop of Rugby Boats, a brokerage which usually has about a dozen boats for sale. “For the past five years or so, there’s been an increase in demand, with people’s interest piqued by TV programmes showing life on the canals.”

Brexit has been another factor creating demand. “When it got more difficult to live abroad, people opted to buy a boat and use it as a holiday home in this country.” Then Covid and lockdown hit and “it’s all gone bonkers”, said Mr Millsop. “Boats are coming in for sale one day and going out the next. We sold four in a week, recently,” he added. “People are phoning up to put deposits on boats they’ve not even come to view.”

Prices have shot up about 10pc in the last year, according to Rebecca Long of Whilton Marina, which has been selling second-hand boats on the Grand Union Canal in Northamptonshire for 50 years. Back then it was fibreglass cruisers that adventurous types bought for weekend forays on the semi-derelict canal network. These days, with sky-high rents and house prices, “an increasing number of younger people are buying second-hand boats to take to London to live on,” said Ms Long. While mooring is pricey, those who roam the waterways without one can live in and around the capital for about £1,000 a year, plus fuel, after the upfront cost of the boat.

Of the 33,000 boats on the 2,000 miles of inland waterways in England and Wales, the Canal & River Trust has estimated that about 24pc are permanent homes. This figure rises to almost two-thirds in London. Boat builders are struggling to keep up with demand. Ortomarine, which specialises in electric and hybrid boats, is taking orders for build slots in 2024.

Production line companies are similarly stretched. One – Bickerstaffe Boat Company – builds a standard 57ft model aimed at first-time boaters. The company is unable to keep up with demand.

Bickerstaffe’s Kev Kenny said: “The big problem is the shortage of steel and other products. Our raw materials costs have increased 70pc in the last four months.”

A new Bickerstaffe narrowboat currently costs £145,000, but a price rise might not deter many customers. “The first question people used to ask was ‘How much?’ but now it’s ‘How soon?’,” said Mr Kenny. Ten years ago, the received wisdom was that boats always depreciate but that is no longer the case, at least in the short term. One of their narrowboats recently sold on the second-hand market for £10,000 more than its new price.

If you’re a dab hand at joinery, electrics, mechanics and plumbing, you could buy a steel shell and fit it out yourself. This is what Hazel Bugler did in 2017, buying a painted and glazed 60ft “wide-beam” shell from Liverpool company Collingwood Boat Builders, at a cost of £45,000.

This is at the higher end of the average price range. A second-hand vessel in good order can still be found for as little as £30,000, and all houseboats are exempt from stamp duty.
You can spend big, however. The most expensive houseboat was put on the market in 2017 for £3.7m, which came with five bedrooms and a jet-ski platform. The boat, Matrix Island, a converted 1930s steel barge that began life cruising the river Seine, is now moored in the heart of the capital at St Katharine Docks. It is still on the market, after being given a price cut to £3m, through agency RiverHomes.

While none of the major lenders will offer mortgages on boats, there are specialist firms that can. However, be prepared to pay a 25pc deposit, higher rates and pay it back over a shorter term. Buyers will need three months’ bank statements, survey and valuation, boat title documents and a boat safety check.

There are many ongoing costs: annual insurance (around £250), four-yearly boat safety certificate (approximately £150) and a licence (about £1,000, depending on the size) are the regular legal costs involved in boat ownership on the inland waterways. Blacking of the hull every two or three years costs about £1,000, and toilet pump-out costs are around £20 a month, plus other utilities.

No formal training in boat handling is required, but a two-day RYA Inland Waterways helmsman course (approximately £360) is invaluable if you have no previous experience.

If you are new to boat living, consider a trial in the summer and winter to see if you can really take on the challenge. Short-term holiday hire starts from about £1,000 for a week. Two companies, Escape the Rat Race and Oxfordshire Narrowboats, provide long-term hire. Rates start from £1,100 per month with a minimum hire of three months. Meanwhile, shared ownership is an economical and sociable option if you don’t mind limiting yourself to a specific number of weeks each year on the waterways. A one-twelfth share in a 57ft boat starts from £500. Maintenance, mooring and valeting fees cost about £1,300 annually. Your cruising dates – usually two fortnights – might be allocated by lottery annually at your syndicate’s AGM or specified on purchase. Generally, a management company looks after maintenance.

If however it’s full-time life aboard that really floats your boat, you need to decide whether you’ll have a permanent mooring. This might be in one of the 266 marinas on the inland waterways – with berths for 34,660 boats – or on a more basic towpath mooring. Marina moorings generally come with electricity, water, sewage disposal and car parking.

A residential towpath mooring in a remote location starts from about £20 per foot per year, but a prime residential mooring in London costs upwards of £10,000 per year. Council tax is also payable.

Canal boats come in two widths to fit the two types of lock on the network: narrow (less than 7ft wide) and “wide beam” (10 to 12ft wide). The maximum length of craft that can fit in most locks is 72ft, but some locks in northern England are smaller. To be able to cruise the entire navigable waterways of England and Wales your boat needs to be less than 7ft wide and no longer than 57ft, known as the “go anywhere” length.

If you’re not tied to one area and don’t need a permanent mooring, you can adopt the nomadic “continuous cruiser” lifestyle. For the price of your annual licence, you can moor for up to two weeks at a time anywhere on the network of canals and rivers managed by the Canal and River Trust, from Wiltshire to Lancashire. Fortnightly shuffling backwards and forwards within one neighbourhood is frowned upon.

Matthew Symonds of the CRT said: “Boat living can be a fantastic way of life, which many people love, but it comes with its own challenges – having to fill up with water, empty your toilets, do lots of hands-on maintenance and, if you don’t have a home mooring, moving your boat every 14 days to somewhere new.

“Sometimes people can get a bit of a shock, especially in winter, when they realise it’s not just a floating house. So we advise that you should only move aboard if you really love the lifestyle.”