After a relatively strong 2021, it has been a difficult start for equity markets this year. Inflation, concerns about central bank tightening and the Russian invasion of Ukraine roiled markets and led to a sharp increase in volatility. 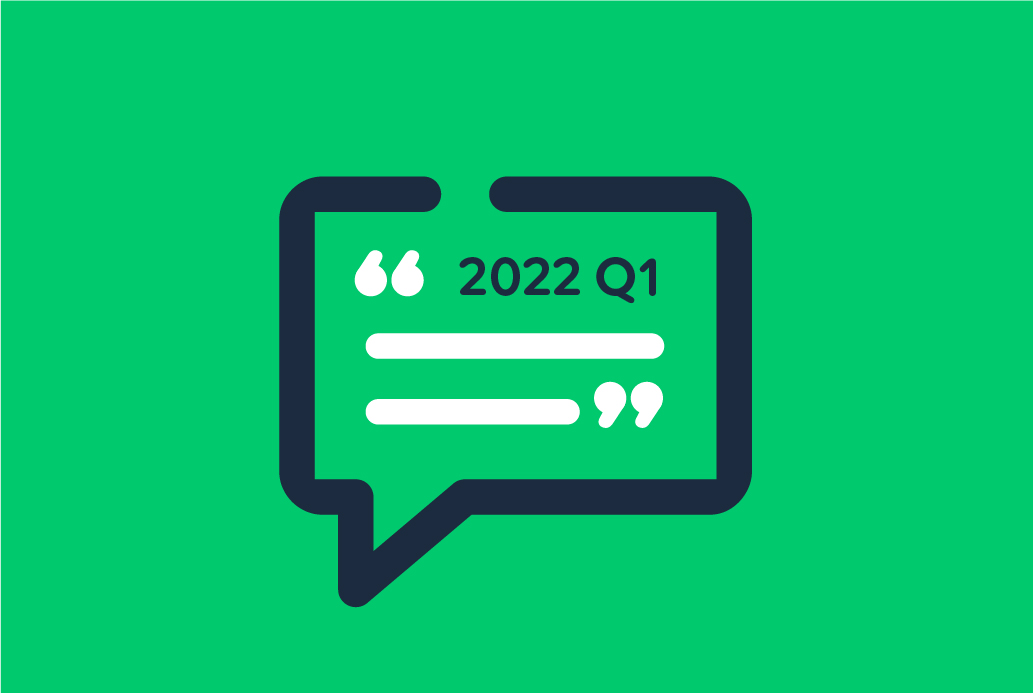 Rallying oil and gas prices alongside higher US Treasury yields helped energy and financial stocks significantly outperform the rest of the market, which contributed to the largest monthly investment style shift in more than 20 years.

In fact, January alone saw the worst weekly performance for global stocks since October 2020. US markets felt the burden the most, particularly technology shares. The tech-heavy NASDAQ index, home to names like Apple, Amazon and Microsoft fell into market correction territory (a fall of more than 10% from its peak) in January. It was the 66th correction since the index was created in 1971. While the catalyst was clearly the impending shift to higher interest rates due to rising inflationary pressures and slowing growth, concerns over stocks with above average valuations witnessed indiscriminate selling regardless of their future profitability.

So, what has changed?

The open-ended nature of rising interest rate expectations has been one trigger for this market shift driven higher by rising inflation. The US Federal Reserve (Fed) changed their rhetoric on inflation this year from temporary to something more entrenched and appear less sensitive to any market weakness as CPI (consumer price index) inflation continues to rise.

Inflation at its simplest level has been generated by an imbalance of supply and demand. Covid and subsequent lockdowns initiated market distortions, resulting in unpredictable supply of many goods and services. This has been further enhanced by recent events in the Ukraine conflict. It is logical to assume that over time, supply issues will ease and also possible that a slowing economy will ultimately reduce inflationary pressures down the line.

In the UK, CPI inflation rose to 6.2% in February, ahead of consensus for the fifth consecutive month. The inflation data in the UK is expected to worsen over the coming months, not least when the regulated energy price increases feed into CPI in April. The Bank of England warned that CPI would be above 8% by June and could climb to over 10% late in the year if Russia’s invasion of Ukraine leaves energy prices at elevated levels. The 54% rise in the energy price cap means a household using a typical amount of gas and electricity will now pay £1,971 per year, rising from £700. Many people are also facing an increase in other household bills including in council tax, and water bills which will likely lead to a reduction in real incomes.

At the corporate level, rising inflation will increase costs for companies which can eat into their profitability. Higher interest rates make the cost of borrowing money and servicing existing debt more expensive. Both are unwelcome news for companies that need to borrow money to fund future growth opportunities, or those with lots of debt.

However, it is not clear that western economies could live with interest rates rising that much in the immediate future. Debt levels are high. Policy makers are unlikely to let it happen especially if it triggers rising corporate defaults or sovereign debt stresses across the globe.

Away from considerations of inflation and interest rates, markets were negatively impacted by humanitarian conflict caused by the Russian invasion of Ukraine. This has impacted market sentiment due to the risks to economic growth, and its impact in energy markets due to Russia’s control of natural gas supplies to Europe. There are also implications in food markets as Russia and Ukraine export about a quarter of the world’s wheat and half of its sunflower products, such as seeds and oil.

Finally, we are also witnessing further increases in the Omicron variant. This appears to be having a more substantial negative impact across Asia and subsequent supply chains. In particular, China’s Covid cases have jumped significantly leading authorities to implement extreme lockdown measures across many cities. For now, Beijing is still implementing its zero-Covid strategy as it attempts to develop its own vaccine. On a positive note Chinese authorities have announced that more stimulus is coming, but Beijing is also wary of creating excess inflation as seen in the West.

There are undeniable similarities between some of the challenges emerging today and things that happened in the early 1970s: soaring oil prices, rising interest rates, inflation and slowing economic growth. It is understandable why this raises the spectre of a rerun of 1970s-style stagflation (the blend of soaring prices and stagnant economic growth) and fears of a prolonged period of equity market weakness. However, there are significant differences between the 1970s and today. For one, medium term inflation expectations today are still much lower than in the 1970s, and consumers are exercising restraint as inflation moves higher. Also wage inflation is much more contained than it was in the 1970’s The bottom line is that the 1970s was a period of extraordinary peace-time inflation: it was an historical anomaly and is unlikely to be repeated.

The global uncertainty caused by the war in Ukraine was highlighted recently by yields on US government bonds briefly inverting, a classic warning sign of an impending recession because it implies longer-term interest rates will need to be cut to fend off an economic downturn. Interest rate markets are also forecasting that the US Federal Reserve will have to cut rates in a little over a year after aggressively raising them, pointing to fears that attempts to stamp out high inflation will choke economic growth. However, if companies can weather inflation, and there are plenty that can, then a recession may be avoided altogether.

Markets are exhausting at the moment. The news flow is unpredictable, and the macro-outlook has deteriorated. A quiet period of calm does not seem to be anywhere on the horizon. The more positive diplomatic noises have seen a tentative rally in equity markets but the more optimistic mood in financial markets is yet to be matched by genuine progress in ending the Ukraine conflict.
While the situation in Ukraine has impacted the growth outlook, inflation and the onset of monetary tightening has dominated markets. Central banks are certainly in hiking mode and will continue to raise interest rates while inflation rises. However, higher inflation does not necessarily mean that growth will slow to an extent that will cause a recession in the near term. In fact, market fundamentals remain strong not least that employment levels are high across the Western world, and companies and consumers are generally in decent shape. It is true that geo-political uncertainty will remain in the short term but ultimately the global economy remains in good shape and policymakers will do what is needed to support the economy.

← How to save your family up to £140k in inheritance tax Opinion: What Wall Street doesn't get about Google →