Britain's housing market is broken and the property bull market could soon turn into a bear, mortgage advisers have warned. 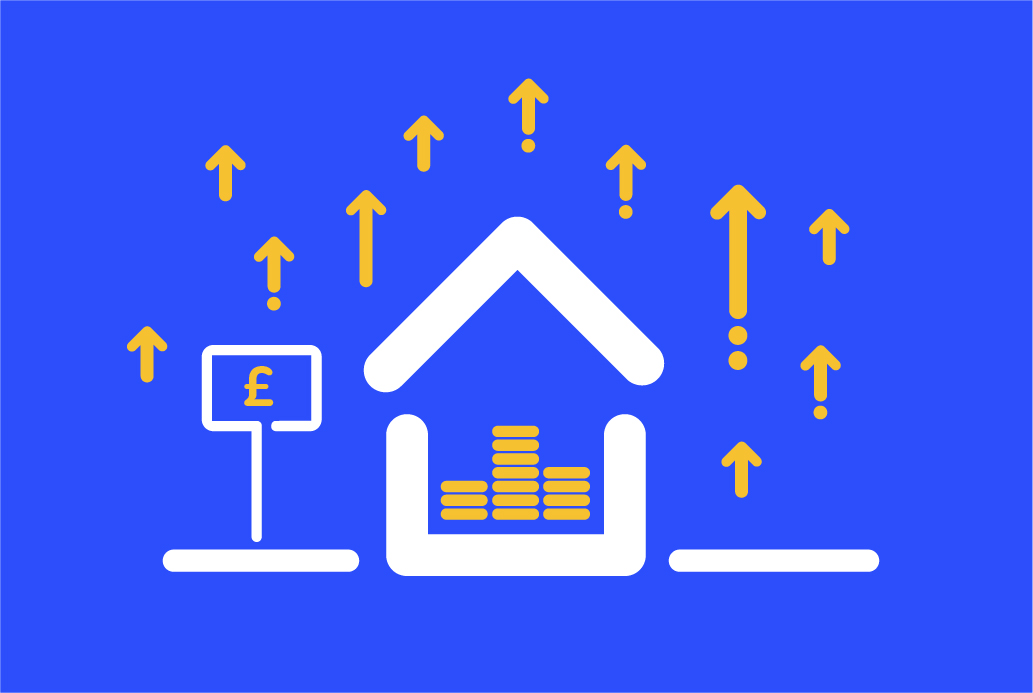 Samuel Gee, director at Bristol-based Manning Gee Investments, said: “The cost of living crisis will only exacerbate this problem, as lenders will be more careful when taking longer term affordability into account.

“Something somewhere will have to give and interest rate rises could turn the current property bull market into a bear.”

Drawing on a popular analogy, Lewis Shaw, founder of Mansfield-based Shaw Financial Services, prophesied: “Winter is coming, to quote the Game of Thrones.

“I warned 12 months ago that we had a nasty recession coming down the tracks due to the impacts of Covid and Brexit. Nevertheless, prices kept rising and mortgage balances grew with a frenzy of activity.

“Now we’re about to reap what a lot of people have sown, and it’s going to get very ugly indeed – and this is before Ukraine was factored in.”

Their comments came after the Land Registry HPI and Index of Private Housing Rental Prices were published at the end of March, and showed persistent increases in the average purchase price:

Brokers said they were concerned that the rising cost of living, coupled with incrementally rising house prices, would push consumers to the brink.

But the real problem is the lack of supply to meet the demand for affordable accommodation – both for rental and residential purchases.

Gee added: “There is an unprecedented lack of stock currently, with buyers competing intensely for whatever comes to market. It’s an unsustainable situation with first-time buyers simply priced out of the market.”

Scholfield added: “There are more buyers than houses and any increases in interest rates is merely tinkering round the edges as it doesn’t solve the issue around the lack of supply.

“The alternative to buying is renting but when rents are going up even faster, the lack of property becomes a real issue.

“It’s all very well house prices going up but those fortunate enough to be on the property ladder are leaving a heck of a lot of people behind.”

In the 2004 Barker Review of housing in the UK, the lack of housing was highlighted, calling for 200,000 homes to be built a year.

But there is still a shortage in supply of housing, and the market has not yet recovered from the effects of the credit crisis in 2008 to 2009 and again in 2009 to 2010, when there were significant year-on-year slumps in houses built.

They warned all these issues were converging to create “pressures” on the housing market which, according to estate agents, are becoming all too clear.

Andrew Simmonds, director at Bristol-based Parker’s Estate Agents: “In Bristol, Somerset and the West Country, as in most of the UK, there is an extraordinary lack of stock and this is supporting prices.

“Any properties that do come to the market are sold quickly, often in a matter of days or even hours, when marketed at the right asking price.”

Graham Cox, founder of the Bristol-based Self-Employed Mortgage Hub, also agreed that the UK could be entering into a property bull market.

He said: “The decade long property bull run is coming to an end. It’s true that chronic undersupply of housing stock remains but it’s only insanely cheap credit that is underpinning demand, and we’re now moving to a much higher interest rate environment.

“The cost of living crisis means lenders are already tightening their affordability criteria. People simply won’t be able to borrow as much, which means lower offers, particularly from first-time buyers.

“Put it all together, and I’ll be surprised if prices don’t start falling materially in a few months’ time.”

The cost of living has risen exponentially over recent months, with inflation at 30-year highs, a new social care tax coming into force in April, and energy price caps rising, putting severe strain on households, whose finances have already been stretched over the course of the Covid-19 pandemic.

As reported by FTAdviser, the consumer prices index rose 6.2 per cent in the 12 months to February this year, an increase from the 5.5 per cent jump in January, according to the Office for National Statistics.

Added to this, the rising cost of petrol at the pump – by no means offset by the 5p cut in the price of petrol per litre for 12 months announced in the Spring Statement by chancellor Rishi Sunak.

It showed the median income for the poorest fifth of the population decreased by 2 per cent between the financial year end 2020 and FYE 2021 to £14,600.

Meanwhile, property specialists have warned that rents are also rising, which again puts pressure on the UK consumer.

“In the current climate, with inflation going through the roof, renters need to be on red alert to manage their expenditure.

“We regularly speak to tenants and many have raised the point that the cost of living squeeze is dramatically reducing their ability to save for a deposit to be able to own their own home.”

She added: “Careful financial steps need to be taken to ensure non-critical spending is managed for anyone seeking to get out of the rental market and onto the property ladder.”

Paul Neal of Derbyshire-based Missing Element Mortgage Services: “With the price of literally everything increasing, as witnessed by Wednesday’s inflation data, it is almost inevitable landlords will increase their rents.

“Mortgage rates are increasing along with their expenses and they will look to pass these increases onto their tenants. It’s another obstacle for generation rent when it comes to saving to buy their own home.”

He said part of the problem is the ‘frictional cost’ of moving and the lack of decent properties, which is affecting both renters and buyers.

Austin commented: “The path to hell is paved with good intentions.

“What we have now is a situation where there aren’t enough rental flats because landlords are leaving the market and yet house prices are still high.

“The government is trying to encourage build to rent schemes but there aren’t enough properties available.

“There’s still a massive shortage of properties on the market and no one is willing to buy or sell unless they have to because the frictional cost of moving is so high.

“Basically, we’re in a quagmire and there’s no simple solution out of it.”

← How middle England can protect itself from Rishi Sunak's tax raid Opinion: The 2022 Recession Is not on the way →